A proliferation of objectionable content on social media — and a lack of protections for children — is eroding social trust, harming users and undermining democracies.

That’s what Unilever boss, Keith Weed thinks.  He’s a little late to the party but my question is — if you currently spend 25% of your nearly 10-billion-dollar advertising budget on digital — where you gonna spend that money now? Facebook, in particular is a captive (read lucrative) audience.  So are these empty threats? Perhaps, but if it’s enough to get Google and Facebook to use their ingenuity to clear the “swamp,” then I say good on Weed.  Learn more about it here.

The Poynter Institute has published a piece on how to know if you have fake Twitter followers.  I have 10-thousand or so followers — a modest number given there are many people with more than a million. I have no idea how many of mine are real or fake and I have no plans to find out.  So I ask you:

1) Are most people willing to spend the time to investigate fake followers?

2) Will anyone willingly decrease their perceived clout by lowering their number of followers?

The answer to both questions is no.

I believe there has always been folly in perceiving a large social media following as power.  This new (and always rumoured) discovery only serves to reinforce my belief.  Not feeding their legions of fans with cute quips or political opinions has never hurt Jennifer Lawrence, George Clooney nor Bill Murray.

So why does our society continues to buy into it all? We’re basically lazy. We think we can judge success or failure based on these numbers.  I’ve worked for two television networks in Canada and both firmly believe being active on social media is important. I have yet to see it move the needle where ratings are concerned, and it’s done nothing to prevent the steady decline of TV viewers. And while research indicates most people who get news from Twitter choose to get it from reputable news sources — let me know when we can monetize that so more of us can provide the journalism to back up the tweets.  But if you’re the person who’d like to clean up your account, good for you!  Check out this article. 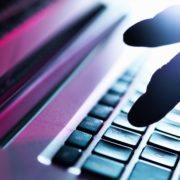 I speak on the issue of fake news — what it is — what it isn’t —  how easily it fools us — divides us and can waste journalists’ time. I admit is scare me. It — along with the social media silos of Facebook we find so much comfort in, are damaging our society — and our democracy.  For the most part it’s been a problem for digital and print media.  Now,  the adage, “Pictures tell no lies” is no longer true because it’s no longer expensive or particularly difficult to manipulated video — and that should scare us all.  Check out this opinion piece in the Guardian about the foul new frontiers in digital deception. 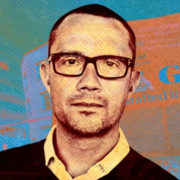 After two battle-weary years in which The Guardian cut costs and halved losses, the publisher is starting to turn a corner. Today, it has a new reader-revenue driven business model and is on the brink of breaking even. 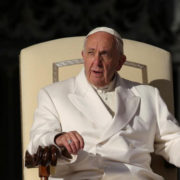 For the first time, the Pope weighs in on the issue of fake news. He has it partially right. Not sure he’s taking into account the “bots” problem. Your average reporter, trying to break the story first isn’t what we should be as worried about. But hey… the Pope’s heart is in the right place. 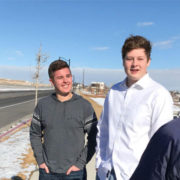 No need for a printing press or TV network anymore. Two high school students did the right thing and apparently went about it the right way. Someone ought to buy the movie rights.